The Ho Chi Minh Mausoleum is a large memorial in Hanoi, Vietnam. It is located in the center of Ba Dinh Square, which is the place where Vietminh leader Ho Chi Minh, Chairman of the Communist Party of Vietnam from 1951 until his death in 1969, read the Declaration of Independence on 2 September 1945, establishing the Democratic Republic of Vietnam.

Construction work began on 2nd September 1973, and the structure was formally inaugurated on August 29, 1975. The mausoleum was inspired by Lenin's Mausoleum in Moscow but incorporates distinct Vietnamese architectural elements, such as the sloping roof. The exterior is made of grey granite, while the interior is grey, black and red polished stone. The mausoleum's portico has the words "Chủ tịch Hồ Chí Minh" (Chairman Ho Chi Minh) inscribed across it. The banner beside says "Nước Cộng Hòa Xã Hội Chủ Nghĩa Việt Nam Muôn Năm" (en: "State of the Socialist Republic of Viet Nam forever").

The structure is 21.6 meters (70.9 feet) high and 41.2 meters (135.2 feet) wide. Flanking the mausoleum are two platforms with seven steps for parade viewing. The plaza in front of the mausoleum is divided into 240 green squares separated by pathways. The gardens surrounding the mausoleum have nearly 250 different species of plants and flowers, all from different regions of Vietnam.

The embalmed body of Ho Chi Minh is preserved in the cooled, central hall of the mausoleum, which is protected by a military honor guard. The body lies in a glass case with dim lights. The mausoleum is closed occasionally while work is done to restore and preserve the body but is normally open daily from 09:00 to 11:00 to the public. Lines of visitors, including visiting foreign dignitaries, pay their respects at the mausoleum every day.

Rules regarding dress and behavior are strictly enforced by staff and guards. Legs must be covered (no shorts or miniskirts). Visitors must be silent, and walk in two lines. Hands must not be in pockets, nor arms crossed. Smoking, drinking, eating, photography and video taping are also not permitted anywhere inside the mausoleum.

Nearby Ho Chi Minh Mausoleum, you can see the other buildings

- Presidential Palace: It was built in 1901 for the French General Indochina Governors, Ho Chi Minh refused to stay there when he took over Hanoi in 1954, later the palace was used for the meeting or the diplomat ceremony

Close: Every afternoon , Monday and Friday ( can visit his house and outside Mausoleum)

National Museum of Vietnam History
Comprising over 10,000 artifacts in the main hall of display and outdoor artifacts, the National Museum of History is comparable to an outdoor historical account in Ha Noi. The museum preserves and displays numerous collections and valuable artifacts that demonstrate the culture and the history of national foundation and preservation through historical eras from the Prehistoric Times (300,00 – 400,000 years) to modern times such as Dong Son Bronze Drum, Bat Trang ceramics, Shiva God Statues or wooden piles in Bach Dang battle…

Vietnam Ethnology Museum
The Vietnam Museum of Ethnology is a big museum which focuses on the 54 officially recognised ethnic groups in Vietnam.

Vietnamese Water Puppet Show
Water puppetry is a tradition that dates back as far as the 11th century when it originated in the villages of the Red River Delta area of northern Vietnam. Today's Vietnamese water puppetry is a unique variation on the ancient Asian puppet tradition.

Hanoi Westlake
Westlake is the biggest lake in Hanoi, covers about 500 ha, a good place to see the sunset and a breath taking lake.

Hoan Kiem Lake
Hoan Kiem is a scenic lake in the historical center of Hanoi, located in the heart of Hanoi, and today the lake is still referred to a legend of returning a magical sword in this lake in the 15th century under Le Dynasty

Old Quarter of Hanoi
The old quarter of Hanoi was established in the 15th Century as the first commercial place in Hanoi, where you still see many old houses today.

Hanoi Temple of Literature
It was the first university of Vietnam built in 11th Century, and considered as the first educational center of Vietnam, later these Confucian schoolers and graduatees worked for the royal gorvenment. 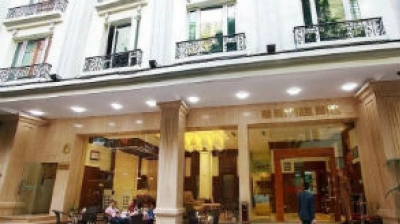 Pearl Hotel Ha Noi
$70 - $100
The premier choice among luxury boutique hotels in Hanoi Old Quarters Just a walking minute to legendary Hoan Kiem Lake, with impeccable service, plush amenities, and spacious accommodations, our beautiful Hanoi Pearl Hotel is premier choice for each privileged guest to enjoy the luxury and comfort. Visitors to Hanoi Pearl Hotel are introduced to the superior craftsmanship of the property beginning with the lobby's exquisite terrazzo floor, a clear indication of the attention to detail and artistry that went into the design of this hotel. Hanoi Pearl Hotel intends to achieve that same flawless effect through the service and accommodations it provides. Our 70 elegantly appointed rooms including 02 Terrace Suite, 02 Premier Suite, 10 Executive City View room, 20 Deluxe Double/Twin City View room, 08 Deluxe Triple City View room, 20 Deluxe Window room and 08 Superior room invite rest and relaxation. Service at Hanoi Pearl Hotel is uncompromised, from morning to night. Full complimentary international buffet breakfast is served daily, while room service is also conveniently available. Welcome to Hanoi Pearl Hotel to enjoy genuine service and unique at atmosphere Should you need any further assistance, please do not hesitate to let us know.
Detail 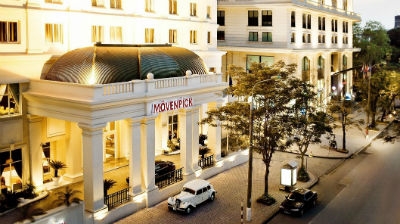 Hanoi Moevenpick Hotel
$128 - $250
Conveniently located in the heart of the Hanoi’s central business district, Mövenpick Hotel Hanoi is approximately 40 minutes drive from Noi Bai Airport and only 5 minutes from the city centre. With its distinctive French architecture as well as excellent services and facilities, Moevenpick Hotel Hanoi is specially tailored to meet the needs of discerning corporate travellers.
Detail 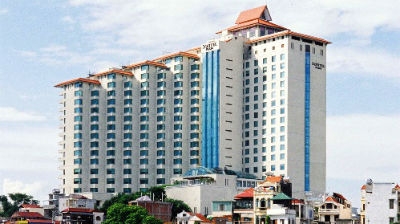 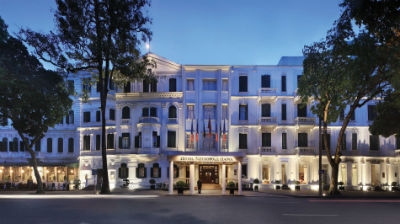 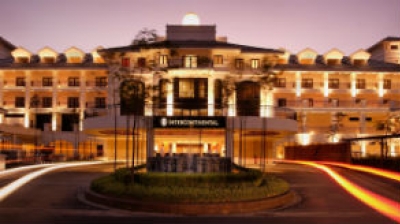 Intercontinental Hanoi Westlake Hotel
$120 - $350
Close to Hanoi’s Old Quarter, with scenic views of West Lake, our charming retreat opened to the public in 2007. Adorned with 318 stylish guestrooms and suites alongside five distinctive restaurants and bars, an open-air pool, an extensive fitness centre, a dedicated meeting centre and an exclusive Club InterContinental Lounge, InterContinental Hanoi Westlake is designed to offer a complete sense of comfort and harmony. Our attentive staff are at your side to enhance your stay for a truly memorable experience.
Detail 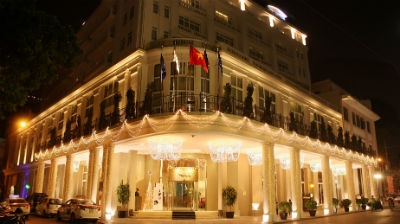 De L'Opera Hotel
$145 - $225
In the center of Hanoi, Hotel de l’Opera is close to Hanoi’s Opera House, the Old Quarter and Hoan Kiem Lake, and it features the best of Hanoi – colonial accents, theatrical interior design and contemporary spaces for entertaining. The 107 rooms and suites are a sanctuary of comfort, with hand picked luxurious amenities and 21st Century technology. Restaurants, a bar and complimentary Wi-Fi combine to deliver memorable operatic moments.
Detail 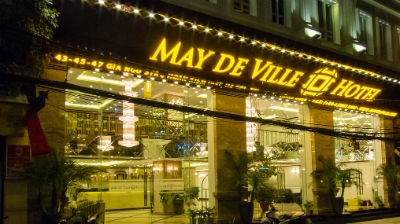 May De Ville Hotel Old Quarter
$60 - $110
Located in the heart of Hanoi Old Quarter, just a block away from the Hoan Kiem Lake, within walking distance of the central business district and major local attractions, May de Ville Hotel reflects both the longtime impeccable elegance of Hanoi as well as the rapid changes sweeping the city in recent years.
Detail 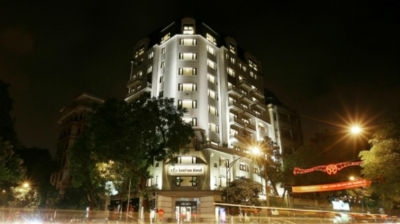 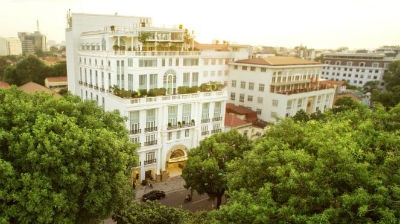 Apricot Hotel
$120 - $250
At Apricot Hotel, we are passionate about Vietnamese art, culture and heritage, and we are proud to share local favourites with you
Detail