The iconic Reunification Palace made its name in global history when in 1975 a tank belonging to the North Vietnamese Army crashed through its main gate – thus signifying the end of the Vietnam War. This image is one of the most famous pictures depicting the Reunification Palace which has seen a rich and varied history and once served as the base of the US-backed Vietnamese General Ngo Dinh Diem during the Vietnam War, until his assassination in 1963.

The palace is like a time capsule frozen in 1975 with two of the original tanks used in the capture of the palace parked in the grounds. Originally the site of the Nordom Palace also known as the Governor’s Palace its first role was as a home and workplace for the then French Governor of Cochinchina. The Reunification Palace is a landmark not to be missed by any tourist visiting Ho Chi Minh City. Surrounded by lush tropical gardens, the palace hides secret rooms, antique furniture and a command bunker within its eerie corridors. The Reunification Palace is still in use to host occasions including APEC summits and national events of significant importance.

The Reunification Palace entered the world history books in 1975 when a Vietnamese Air Force pilot (who was also a communist spy) flew an aircraft over the palace with an attempt to bomb it. Although no real damage was caused this was a significant step towards the fall of Saigon and the ending of the Vietnamese War.

On 30th April in 1975 at 10:45 a North Vietnamese Army Tank rammed the main gates and entered the palace grounds before hanging its flag on the balcony to declare victory for the communist party and thus ending the Vietnam War. Meanwhile staff escaped from the rooftop minutes before the palace was overrun, known as Operation Frequent Wind this was part of history’s biggest ever helicopter evacuation and included the departure of General Thieu.

Cu Chi Tunnels
Cu Chi Tunnels are an immense network of connecting underground tunnels, built by the Vietnamese Communists from 1946 to 1975 against the Gorvenment of the South Vietnam.

War Remnant's Museum
The War Remnants Museum is currently one of the most popular museums in Vietnam, attracting approximately half a million visitors every year. According to the museum's own estimates, about two-thirds of these are foreigners 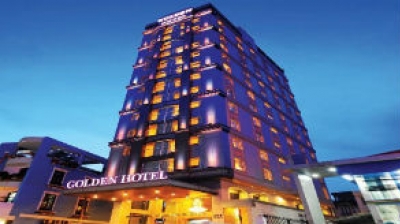 SAIGON GOLDEN CENTRAL HOTEL
$90 - $240
Situated in the heart of Saigon center and just one minute of walking distance from the historic Ben Thanh Market, the international 4-star Golden Central Hotel Saigon is Ho Chi Minh City’s most convenient hotel to stay. With 120 fully equipped rooms and suites combined with other supplementary services, Golden Central Hotel Saigon is ideal for all travelers, either for leisure or business purposes. Under the motto of “The guest is King”, our team strives to meet every guest’s expectations and to make their stay as memorable as possible. Come, enjoy, and let The Golden Central Hotel evoke all the best of your emotions.
Detail 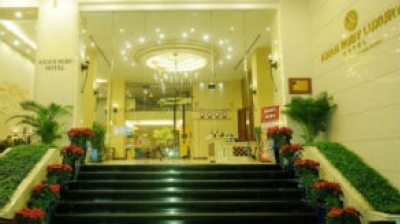 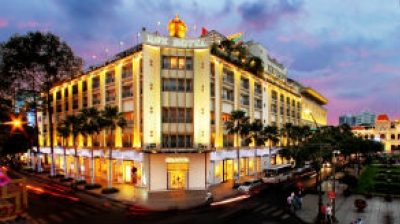 Rex Hotel Saigon
$130 - $740
In 2008, the Rex Hotel was classified as an international 5-star hotel. With its traditional charm, a wide range of international standard services and 286 well-appointed rooms, the luxurious new refurbishments have been thoughtfully designed to preserve the historic integrity of the Rex Hotel while at the same time introducing sophisticated postmodern architecture. The Rex is really “Your Vietnam Home”, a choice venue for international V.I.Ps , as well as visitors and friends.
Detail

Grand Hotel Saigon
$95 - $290
One Of The Oldest Hotels In Ho Chi Minh City Since 1930 and completely restored in 1997, nestled in Saigon's scenic riverside area and within walking distance to major commercial and entertainment addresses, and still retaines its French colonial style, provides a perfect base for conducting business or for having a completely relaxed vacation. There are total 230 ROOMS
Detail 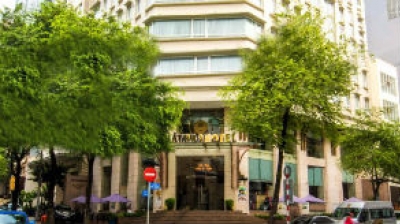 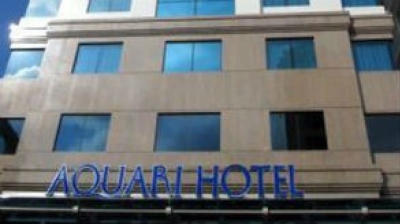 Aquari Hotel
$70 - $120
The 90-room Aquari Hotel will welcome you to a world of luxury. Downtown Saigon with its myriad of attractions such as Opera House, Notre Dame Cathedral Basilica, Reunification Palace, History Museum, Ben Thanh Market is just 10 minutes walking. Saigon, with its quiet temples and parks, live night-entertainment places, is one of the most dynamic and comfortable cities, like Aquari Hotel, strikes the right balance between business and leisure. You will enjoy the convenient location of Little Japan, which is a quiet and safe area at the centre of Ho Chi Minh City.
Detail