The bridge was built in the early 17th Century. However, the builder of the bridge is still anonymous to the people of Hoi An. The Japanese Covered Bridge in Hoi An is a beautiful example of Japanese architecture. At one end of the bridge, there is a sculpture of dog and on the other end of the bridge here is a sculpture of monkey. These two animals are symbol of sacredness in Japanese culture. Another reason behind these animal sculptures is that according to the Asian zodiac signs, in the year of monkey and the year of dog many of the Japanese emperors were born. Records also say that the construction of the bridge was initiated in the dog year and was finished in the monkey year.

Inside the Japanese Covered Bridge in Hoi An, there is a temple of the northern god Tran Vo Bac De. This god is considered to be the God of weather. People believe that He controls all kinds of weather changes and natural calamities. So the sailors worship this god for good luck.

My Son - Holy Temple
My Son Holy Land is situated in an august mighty valley complex. The Holy Land with more than 70 tower-temple architectural structures of Cham Pa civilization retaining historical, cultural, architectural and artistic values from 9 centuries’ time (from 4th – 18th century), is regarded as monumental as other renowned relics in the region of South East Asia such as Angkor, Pagan, Borobudur.

Hoian Ancient Houses
Many Ancient houses are preserved by the families and the local government in Hoian, and mantained by many generations. 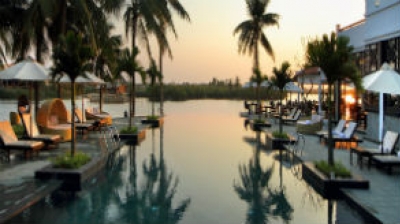 Hoian Beach Resort
$85 - $200
Hoi An Beach Resort boasts of 121 luxuriously appointed rooms with traditional interiors and modern equipment and facilities. Each room category is divided according to the view as Hoi An Beach resort is in between the river and the sea with the following room types:
Detail 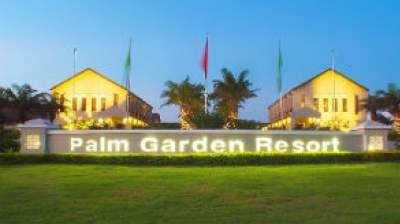 Palm Garden Resort
$120 - $900
Set on 5 hectares of landscaped tropical garden in an enviable beach location, Palm Garden Beach Resort and Spa Hoi An offers a green environment with over 400 species of palm trees and plants right along a 220-meter stretch of the famous Cua Dai Beach in the UNESCO-recognized World Heritage Site of Hoi An Ancient City. Influenced by its remarkable local culture and people, the resort offers a touch of Hoi An’s traditional architectural design combined with a taste of modern luxury. Hotel Rooms: 212
Detail 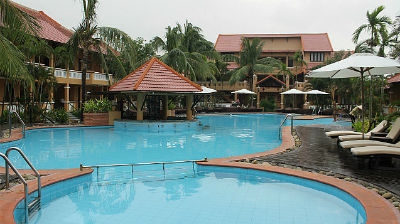