Bà Nà Hill Station or Bà Nà Hills is a hill station and resort located in the Trường Sơn Mountains west of the city of Da Nang, in central Vietnam. The station, was founded in 1919 by French colonists. Linh Ung Pagoda is situated near the station, with a cable car nearby to carry tourists to and from the resort.The Ba Na Cable Car, opened on 29 March 2013, holds the world record for longest non-stop single track cable car at 5801 metres in length

You should have 1 full day tour to Ba Na Hills, go up by Cable Car for the landscape there, after lunch on the top. You must get back by Cable Car.

Vietnam -- Ba Na – Suoi Mo telpher system has a length of 16,500 feet (5.042 kilometers)and a height difference of more than 4,230 feet (1,291.81m) between its upper and lower stations-setting the world record for  the Longest and highest non-stop cable car.The cable car system will run from the foot of the Ba Na Mountain to the peak of the neighbouring Vong Nguyet Mountain in the Ba Na-Suoi Mo Tourism Area, about 40 kilometres west of Danang City.
The first section has been built over the last 12 months at a cost of US$17.2 million.

The remaining section, from Vong Nguyet Hill to the highest peak, is to start operation by the end of April with a further investment of $5.7 million. The Ba Na Cable Car Service Company plans to launch the second section on April 30.

The first section can transport up to 1,500 people per hour, with a 15 minute ride-time. The second will be able to service 1,000 people per hour. The Ba Na telpher has 24 pillars and 94 cabins.

This telpher also holds the record for the largest departure station in Southeast Asia, which has entertainment facilities, a showroom of photos and objects about Ba Na’s past and present. At the last station, visitors can see one of the largest sitting Buddha statue in Asia, which is 27m high, in the Linh Ung pagoda.

The cable car system is built up to European standards with Austrian technology and equipment imported from Germany, Switzerland, and Sweden.

Transit officials say it takes 15 minutes to ride up Ba Na Mountain on the cable car, compared with 55 minutes by car along a narrow, winding road.

Tourists to Mount Ba Na are served drinks inside each cab as well as at the two stations. The cable car system is expected to boost the economy of Da Nang, which has lots of potential for tourism.

It takes only15 minutes for visitors to go from the foot of Ba Na Mountain to the Ba Na ecological tourism site, at 1,487m above sea level.
This tourist site experiences four seasons within one day, and has an abundant fauna and floral system.

It is expected that Ba Na will welcome approximately 1 million visitors a year, compared to 200,000 in the past, when the telpher was not built.

A representative of Ba Na Hills Resort said the company invested some US$500 million to turn the famous mountain into a tourist destination, among which some VND300 billion was used for the cable car construction. Besides, there are some hotels and villas on the mountain with 200 guest rooms which are designed from two-star standard to five-star one.

Vietnam has so far received 11 Guinness world records. However, the Ba Na cable car is the country’s first record in the fields of science and technology.

Museum of ChamPa Sculpture
The Danang Champa Sculpture Museum is the largest museum of Chama artifacts in Viet Nam. The museum was founded in 1915 and modeled after Champa towers. It is the last collection of Champa Arts in the world, and specialized in collecting, preserving and displaying artifacts of sculpture of Champa Kingdom as excavated in Champa Temple towers and citadels across Coastal South Central provinces from Ha Tinh to Binh Thuan and the Central Highlands. Over 450 artifacts of the museum provide a holistic picture of the historical prime of Champa Kingdom. 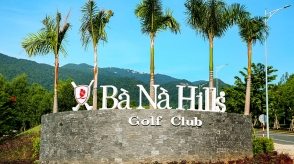 Golf Tours
1 days
The IMG-managed Ba Na Hills Golf Club is set in the foothills and native forests of the famed Ba Na Hills, only 1 hour from Hoian City, Vietnam. This stunning property is set among some of the most impressive mountain ranges in the region complementing the inaugural Luke Donald designed course. It is destined to become one of the finest in Asia.
$200 - $150 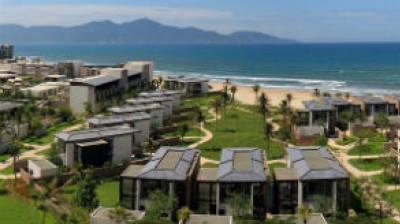 Hyatt Regency Danang Resort & Spa
$230 - $1030
Nestled in the heart of Hoa Hai, Hyatt Regency Danang Resort and Spa is an ideal spot from which to discover Da Nang. Set 7 km from the excitement of the city, this 5-star hotel commands an excellent location and provides access to the city's biggest attractions. With the city's main attractions such as Non Nuoc Beach, Tien Hieu Marble Handicraft Sculptures, The Marble Mountains within close reach, visitors to the hotel will just love its location.
Detail 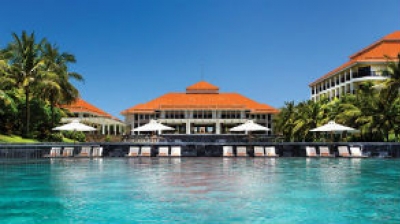 Pullman Danang Bech Resort
$160 - $400
Located on the stunning white sands of Bac My An Beach, the stylish Pullman Danang Beach Resort is an oasis of activities and facilities for the modern traveller. With an idyllic setting on the silver shores of Central Vietnam, this luxury resort is perfect for a family holiday or romantic beach getaway. And with extensive function facilities, Pullman Danang also provides the perfect location for your next incentive getaway or event.
Detail 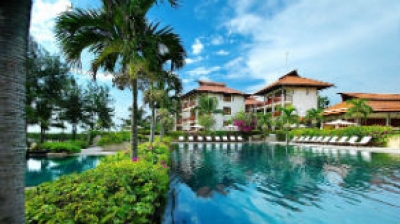 Furama Resort Danang
$225 - $620
Furama Resort Danang, a world class resort designed with traditional Vietnamese style and a touch of French colonial architecture, is reputable as the culinary resort in Vietnam with excellent services and an exclusive location by Danang Beach. The 50 pool villas plus 198 rooms and suites make it Vietnam’s most prestigious resort with honored guests, royalty, presidents, movie stars, and international business leaders.
Detail